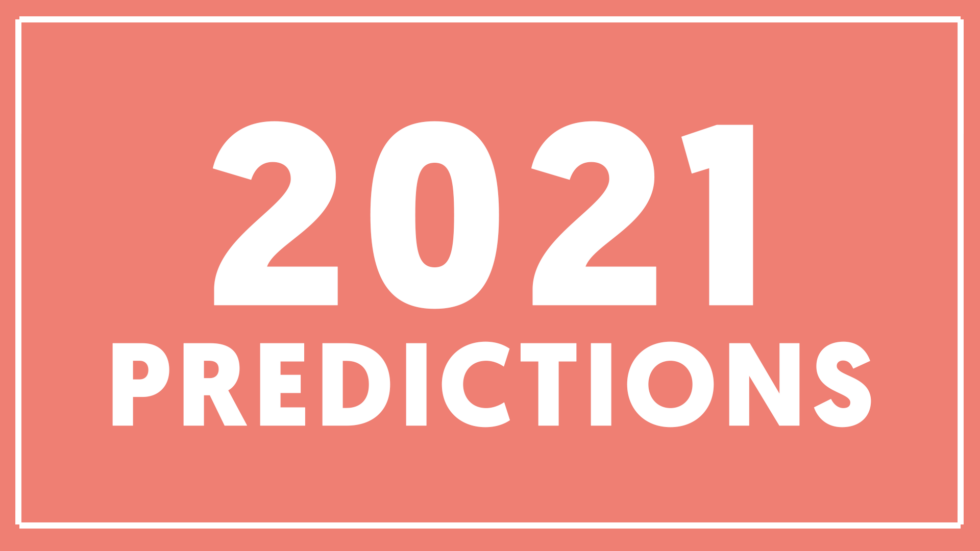 In the week when we all welcomed in the New Year and headed back to work (in our living rooms), here at SHC we have been gazing into our crystal ball to bring you our 2021 predictions…

2020 was a big year for Instagram! We saw a lot of changes to the platform and are sure we’ll be seeing a lot more innovations from Instagram this year.

Firstly, Shopping. Last year Instagram made strides in its development of shopping features on the platform and we’re expecting more of this moving into 2021.

Although shopping through Instagram has been much improved, we’re expecting Instagram to integrate more ways for users to shop through the platform to create an overall more seamless shopping experience. With this, we think we’ll be seeing many more smaller businesses using Instagram Shopping as part of their wider e-commerce strategy and day to day selling.

Although Reels had gotten off to a relatively slow start, the feature has since become massively popular!
Instagram is currently being seen to favour Reels content and even posting one Reel a week has been seen to encourage a massive lift in engagement across your account.

As Reels is still very much in its infancy, there’s a lot of potential for some new features, here’s what we’re expecting:

Towards the end of last year, we saw Instagram make some interesting developments to its search functionality, including the ability for users to now search for keywords and images. The biggest question for us is whether this will now make the hashtag obsolete?

It will be interesting to see how search changes on the platform this year, but we’re expecting by the end of 2021 for both keyword and image searches to have taken over and hashtags to be on their way out.

Finally, with Stories usage always on the rise, we’re seeing another Instagram redesign on the horizon.

We previously mentioned in The Weekly, that Instagram was testing a new format which saw two rows of Stories at the top of the feed, and that Instagram has now made Stories available on desktop.

We think that the redesign we saw this year was just the beginning and predict that the platform will be looking to try out a new approach to encourage more usage of Stories and Reels over feed, such as a redesign which will open the app directly to Stories/Reels rather than the main home feed.

Last year, we saw some integrations between Facebook’s platforms, including the likes of both Messenger and Instagram.

This year, with so many people now using Facebook’s group of platforms for both business and personal use, we’re hoping to see Facebook further merge its platforms to give users a more seamless experience across apps as well as (fingers crossed!) supply businesses with one main interface to manage all platforms.

During the pandemic, Facebook was one of the first platforms to begin adapting, particularly through the introduction of Messenger Rooms and Facebook for Business.

Now in lockdown 3.0, we’re expecting the same to happen again, with more new features for Messenger Rooms and perhaps some more new communication tools, with inspiration taken from both WhatsApp and Snapchat.

As mentioned in our 2020 roundup, Facebook already made a lot of significant improvements to Shopping with the introduction of storefronts.

Following on from last year, we think that shopping will be a key focus in 2021 and are expecting to see a lot more smaller businesses make use of Facebook’s shopping features in day to day activity.

Recently we all updated our phones to the new iOS update (iOS 14). In this, users are now prompted to opt in to allow tracking, which is expected to dramatically impact the ability of advertisers to target ads the way they have been. With Facebook being a big player in most advertisers paid social efforts the platform will definitely have to make some changes to its targeting options in order to keep advertisers on the platform.

As well as new targeting options, we’re hoping to see some new ad formats from Facebook in addition to the current options, especially some more dynamic options and with the new shopping features, we’re expecting to see more ad formats linking to businesses storefront.

TikTok quickly became one of the fastest-growing apps of 2020 with a surge of new users during the first lockdown and we’re fully expecting the app to go from strength to strength.

The popular short video app has seemed to get off to a good start with monetisation. The app has become increasingly popular with many advertisers, with the likes of as ASOS and NYX keen to test out the app’s advertising features.

This year, we’re expecting TikTok to make some big additions to its advertising platforms such as a more in-depth reporting dashboard and new ad placements.

Currently, ad placements on the platform are relatively limited compared to other platforms, so we’re keen to whether any new placements are in store for us this year and if so, how they’ll be integrated into the current layout of the app.

In addition to some new ad placements, were anticipating some changes to the platforms current reporting dashboard, which is currently pretty basic.
As with other platforms, TikTok will likely be taking a leaf out of Facebook’s book when it comes to updating its reporting dashboard and we can’t wait to see it!

Some interesting developments from WhatsApp this year, particularly with the introduction of shopping within the app.

We’re fully expecting WhatsApp to follow along the same path this year, giving us some more interesting developments to its WhatsApp for Business platform.

With more and more businesses using WhatsApp as a form of communication with customers and clients, we feel that WhatsApp for Business hasn’t quite lived up to its full potential so are hoping for some interesting new developments, especially in terms of shopping, reviews and video communication.

Pinterest advertising seems to have fallen behind a bit recently; with the likes of Facebook and TikTok fighting for advertiser attention we think that Pinterest has a lot of untapped potential.

The platform introduced some new ad placements last year, but we’re hoping for some more developments this year such as more video placements, Stories options and perhaps even some interactive ad placements.

Pinterest is a big platform for buyers and is nearly four times more effective at generating sales than other social platforms (Sprout Social) but with so many active buyers on the platform, we’re anticipating some more updates and shopping features on the platform including ways to shop from Pinterest stories.

2020 saw the launch of Twitter Fleets, which, let’s be honest hasn’t gotten off to the best of starts!

This year, we’re expecting Twitter to make some updates to its Fleets feature. Currently, we’re seeing very little users making use of Twitter Fleets and, similarly to LinkedIn, with a few small improvements we think more people will be inclined to jump on the Fleets bandwagon.

With privacy still being a big concern to Twitter users and issues of fake news around topics such as the US election, we think that we’re likely to see more ongoing developments from Twitter to further remove fake news and improve privacy issues.

Another platform, another Stories feature. LinkedIn also finally released its own Stories feature this year too, although this did get off to a relatively good start, with many people now working from home and less physical networking events, the feature hasn’t been quite as well used as it may have in a pre-Covid world.

Therefore, in order to keep up, we think that LinkedIn will need to up its Stories game and make some real changes to get more people using the feature, here’s what we’re hoping to see:

With multiple lockdowns, LinkedIn has also made multiple improvements to its job-hunting tools. Being the number one platform for job hunters, we think that we’ll see a few more developments to LinkedIn’s job hunting features making it and easier and more efficient process for both employers and job hunters.

Finally, with the current situation we’re expecting (and hoping) for some new communication tools from LinkedIn in the new year, Similar to Facebook Rooms. Not only will this be a super handy tool for interviewing potential applicants but will be a great (and more trusted) way to communicate with clients, hold events and so much more!

Now more than ever, we’re seeing the different ways that social media is being used and the opportunities that we have through the power of social. Social platforms need to keep adapting to the changing world. It’ll definitely be interesting to see what developments they make when and if we all start spending more time outside in the real world again – can’t wait to see what’s in store!