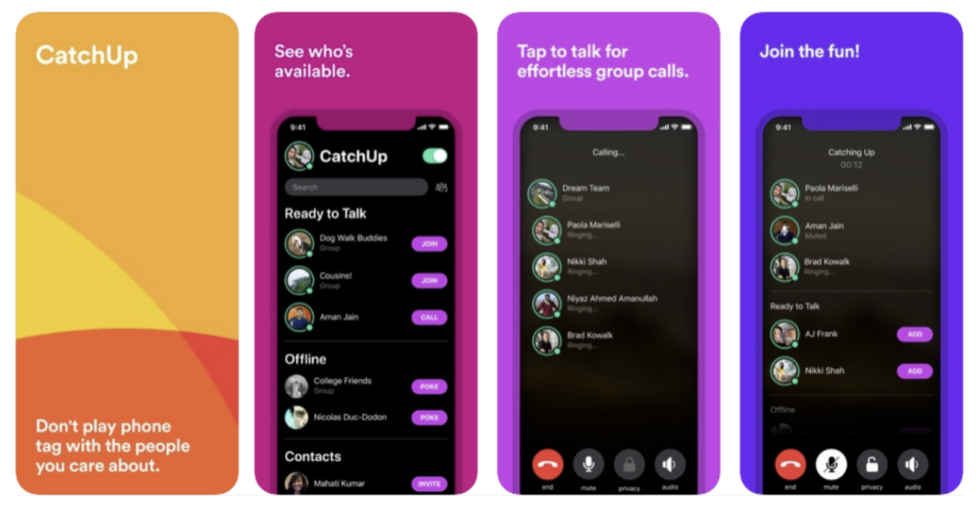 In the week when the world came together to show unity, here’s everything else you need to know…

Advertisers can now create and target ads specifically to users who watched 20%, 50%, 75% or 100% of their video ads as well as target ads at users who opened or submitted a Lead Gen Form.

LinkedIn has already been testing these capabilities with a select group of advertisers who have reported a 20% increase in conversions, while lowering cost per conversion by 24%.

Pinterest is now letting users shop for products they find with Lens.

The shop tab appears above a feed of shoppable posts of matching in-stock products at retailer websites.

Shoppers will need to click on the camera icon in Pinterest’s search bar to find products. They can also upload an existing photo to Pinterest to match items available for sale in Product Pins, which point directly to the online checkout pages of retailers.

Instagram has announced the next stage of monetisation for IGTV as well as adding digital ‘badges’ for Instagram live.

Back in March, Instagram announced the launch of its IGTV monetisation with an inital trial with a select group of creators and has now announced a broader rollout of ads in IGTV content.

Instagram announced, “Starting next week, we are introducing ads in IGTV, our long-form video destination. IGTV ads will initially appear when people click to watch IGTV videos from previews in their feed. The video ads will be built for mobile and up to 15 seconds long. We’ll test various experiences within IGTV ads throughout the year – such as the ability to skip an ad – to make sure the final result works well for people, creators and advertisers.”

Instagram will share the revenue with creators, who are set to receive 55% of earnings so we’re sure that this will be a popular option for many Instagram creators!

As well as this, Instagram is also looking to capitalise on the rise of Instagram Live by adding ‘badges’ which is a new way for viewers to donate to their favourite broadcasters through live streams.

Some comments within Instagram Live videos will now appear with heart badges beside them, which can be purchased through Instagram and awarded by viewers during a stream, donating money to the streamer, which is very similar to Facebook Stars which was rolled out a few weeks ago.

Twitter has FINALLY announced that its now added the ability for users to schedule tweets and save tweet drafts!

The handy new addition allows users to schedule tweets using the calendar symbol at the bottom right of the tweet composer meaning that there’s no longer a reason for using all those third-party apps.

As well as this, Twitter now also lets users save tweet drafts which can be found in the ‘Unsent Tweets’ button at the top right of the composer window.

However, unfortunately, Twitter announced that “Right now, Tweet drafts saved on desktop or mobile web will be accessible via desktop or mobile web only.” Meaning that drafts won’t be synched between apps but we’re hoping that Twitter will also be able to sync all of your draft tweets at some stage.

Instagram is currently testing a new double-story Stories feed within the app.

The feature is currently in testing with no news yet as to when the feature will be accessible but is likely to be rolled out if the test recieve a positive response.

Instagram has also confirmed that it’s working on a new feature to make it easier for users to quickly switch between Stories.

Instagram is working on a quick switch to other user’s Stories pic.twitter.com/rq2KBlmO4o

The app is essentially Messenger Rooms for voice calls and lets users see when friends are online, up for a voice call and in group calls which you can join.

Within the app, users can set their status and let connections know when they’re ready to talk as well as create groups to chat with. There is also an ‘auto-availability’ function which will automatically update your status when you’re connected via Bluetooth.

It’s interesting to see what Facebook is working on and means that we’re probably going to see a lot more from Facebook in the future!

Brewdog has never been one to shy away from a little controversy and this week have launched a new IPA which pokes fun at the recent Dominic Cummings fiasco.

BrewDog founder James Watt took to Twitter to tell followers that inspired by recent events, BrewDog was making a new beer and gave a selection of names for users to choose from and has now put ‘Barnard Castle Eye Test IPA’ into production and is marketing it as the ‘shortsighted beer for tall stories’ – Well done Brewdog!

Stay safe and have a lovely weekend!
SHC Digital