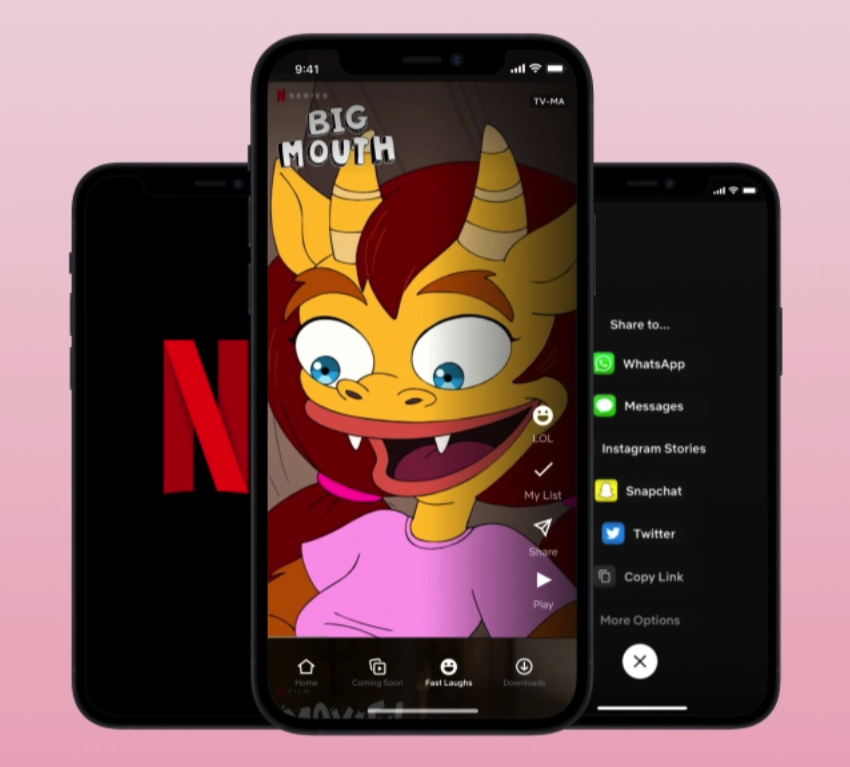 In the week when Zoella announced that she was expecting 👶 and we celebrated International Women’s Day, here’s everything else you need to know…

The feature is currently being tested with select creators in India.

The test will only be available to public accounts and will be shown as recommended content to users on Facebook based on relevance along with the users’ Instagram name.

This feature not only enables creators to expand the reach of their content to new audiences but also opens up potential monetization opportunities in the future!

WhatsApp is (finally) rolling out the ability for users to voice and video call from the desktop app.

For now, the app will only support one-to-one calls but will be expanding this feature to include group voice and video calls in the future.

Support for voice and video calls won’t be available on WhatsApp Web, however, and only within the Desktop app.

A great addition to WhatsApp and one that we’re sure many WhatsApp users will be pleased to see!

The feature will contain a feed of funny videos within the Netflix mobile app and will be available first on iOS.

Fast Laughs can be found within the bottom navigation menu on its own tab, next to ‘Coming Soon’, and within the feed users can watch, react, or share the short clips as well as add the show or movie to a Netflix watchlist. You can also push the “Play” button to start watching the program immediately.

Fast Laughs is very similar to the TikTok format, featuring full-screen videos between 15- 45 seconds that can be swiped through vertically with engagement buttons found on the right side of the screen.

Netflix Product Designer, Kim Ho, commented on the feature, “We wanted to give members a fun, fast, and intuitive way to discover our catalog by letting these comedic moments across genres speak for themselves in a mobile-native, full-screen experience. We worked hard to cut to just what was necessary in an intentional and minimalist UI design, from the transparent tab bar to ways to react in the moment (‘LOL’) and plan their next laugh by adding to their list”

An interesting addition from Netflix showing more of a shift into a more community feel – we’ll be interested to see what other additions they have in store for the future.

Twitter is adding the ability for advertisers to limit who can reply to their tweets.

Now, within the Twitter ad creation set-up, users are given the option to choose who can reply to your promoted tweet through a new dropdown menu.

Similarly to Twitter’s regular conversation controls, advertisers are given the option to choose who can interact, whether that’s anyone, “People you follow” or “Only people you mention”, restricting who can respond.

This is an interesting addition and means that advertisers can limit ways in which other brands can respond to their promoted tweets. However, as we all recently saw from the infamous beans on Weetabix tweets, could rule out the opportunity for some great engagements.

The option does, however, open up a range of potential creative ideas such as offering a discount to specified Twitter handles mentioned in the tweet, or you making a special offer to anyone who’s replying to the tweet.

Snapchat has launched a new iOS 14 resource hub aimed to help advertisers navigate the expected impacts of the change.

As explained by Snap, “As you may have heard, Apple recently announced new privacy updates within the iOS 14 operating system. Apple’s recent announcement indicates these requirements won’t become mandatory until ‘early spring’, but we are here to help you understand and navigate these changes.”

This is definitely one to visit if Snapchat is part of your paid social strategy!

We all know that Nike is at the top of its game when it comes to inspirational advertising and this new campaign is no exception!

The campaign, titled ‘We Play Real’, celebrates the power of black women in sport, and features a range of well-known black, female athletes such as Serena Williams, Naomi Osaka and Sydney Leroux.

Nike commented on the campaign saying ‘Black women are rarely recognized for the hard work they put in. It’s not just magic, they are the real thing’.

Stay safe and have a fab weekend!
SHC Digital 👋