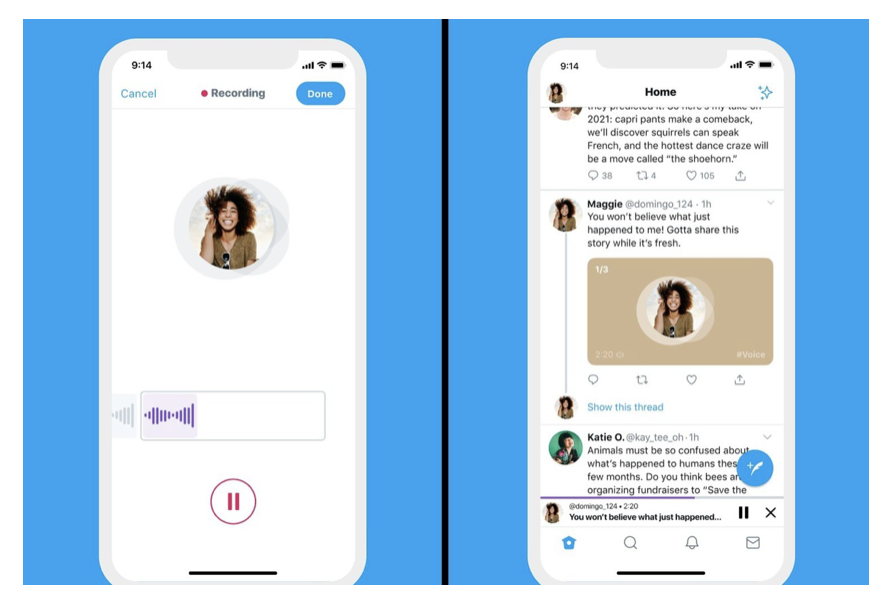 In the week when the lovely residents of Birmingham were up at 4:30 am to queue for Primark’s reopening, here’s everything else you need to know…

WhatsApp has launched a digital payments service in Brazil.

This comes as part of Facebook’s digital payment strategy and plans to bring more e-commerce to its platforms.

WhatsApp Pay will allow users to send money and make purchases through the app.

As explained in a blog post by WhatsApp, “Because payments on WhatsApp are enabled by Facebook Pay, in the future we want to make it possible for people and businesses to use the same card information across Facebook’s family of apps.”

The company has already been trialling the payment service in India, however, the launch has been held up by regulators.

This is an interesting move from Facebook and one that could be very beneficial to small businesses who use WhatsApp as part of their day-to-day working, once it rolls out globally.

The platform has introduced a range of new features as part of its annual Partners Summit.

Snap will also be adding support for miniature software programs called Snap Minis, which will run inside Snapchat and offer services while people chat.

Firstly, Google has created a dedicated TV section in its ad Marketplace to allow advertisers find the best deals for their campaign objectives and reach TV audiences across devices.

The listings will help advertisers find the right partners , get more information on any publisher and send requests for proposals to chosen publishers directly through the platform.

Google is also adding a ‘ready-to-buy’ option to make it easier for brands to run streaming ad campaigns without the negotiation process, called auction packages.

These packages are available by genre, popularity, seasonality, formats or audiences and are available to all Display and Video 360 users in Marketplace.

Facebook is testing Face and Touch ID for Messenger.

When added, users will need to prove their identity using FaceID and TouchID or their passcode before they can view their inbox.

Users will also need to set a dedicated period of time after leaving the app when you’ll need to log-in again.

In a statement, a Facebook spokesperson said, “We want to give people more choices and controls to protect their private messages, and recently, we began testing a feature that lets you unlock the Messenger app using your device’s settings. It’s added a layer of privacy to prevent someone else from accessing your messages.”

The addition is currently being tested among a small group of iOS users.

Snapchat has launched a new education platform, called Snap Focus, for marketers to provide tips and notes on how to get the most out of the platforms various ad options.

The new platform is similar to Facebook Blueprint, offering a range of courses on the various Snap as options and tools.

These include, overviews, visual rundowns and tests.

As explained by Snapchat, “The Snap Focus curriculum features six courses that will give you a foundational understanding of Snapchat, the Snapchat Generation, advertising formats and opportunities, how to deploy media and creative campaigns in Ads Manager, and creative best practices.”

Twitter is rolling out the ability to record audio, which you can attach to your tweets.

The feature is currently only available to a select group of people.

Twitter’s Mata Patterson and Rémy Bourgoin said in a blog post, “Sometimes 280 characters aren’t enough and some conversational nuances are lost in translation. So starting today, we’re testing a new feature that will add a more human touch to the way we use Twitter — your very own voice.”

Users with access will be able to see a waveform icon next to the camera icon in the tweet composer. Once tapped, a red record button will appear at the bottom of the screen, which you can tap to record your message.

“Each voice tweet captures up to 140 seconds of audio. Have more to say? Keep talking. Once you reach the time limit for a tweet, a new voice tweet starts automatically to create a thread,” Twitter said.

Audio will only be available to add to original tweets, users wont be able to include them in retweets or replies.

In the third year anniversary of the tragic Grenfell Tower fire, Justice4Grenfell brought the names of the 72 people who sadly passed away back into the news.

Newspapers including The Mail on Sunday, The Sun on Sunday and The Sunday Times donated column space to remember the people who lost their lives. The names were printed in the shape of the tower to serve as a touching memorial for those who died and were also shown on billboard sites across London.

Stay safe and have a lovely weekend!