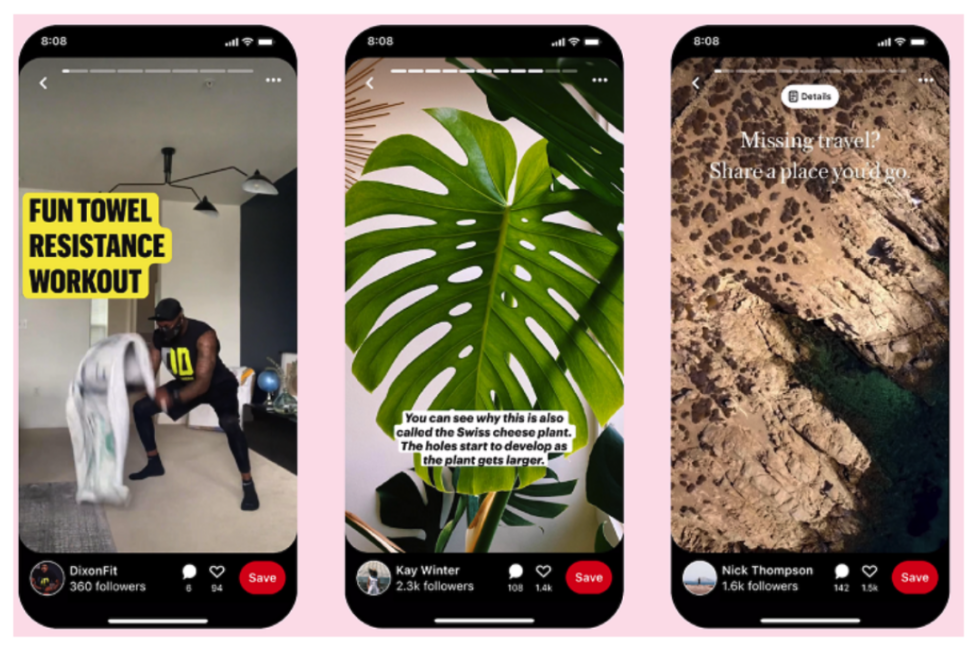 In the week when we were told the pubs would be closing at 10pm, here’s everything else you need to know…

Facebook is removing its restrictions on ads which include more than 20% text in the main image.

Facebook is reportedly contacting advertisers directly, to let them know about the update, explaining that “…we will no longer penalize ads with higher amounts of image text in auctions and delivery.”

Facebook has updated its website to reflect the new changes as well as removing the text overlay tool.

The new update ensures that any ads with more than 20% text in the main image will be displayed as normal and will reach the same amount of people, however, Facebook still recommends that advertisers “keep your text short, clear and concise in order to get your message across effectively”.

This week Instagram has made some updates to its ‘Reels’ feature.

The updates come after criticism of the feature’s design and reports that Reels has failed to gain traction among users.

Firstly, Instagram is giving creators the ability to create longer Reels videos.
Users can now create videos up to 30 seconds as opposed to the previous 15 seconds.

Instagram is also extending the timer up to 10 seconds, aimed to make editing easier for users.

Instagram Reels Director, Tessa Lyons-Laing, said, “We continue to improve Reels based on people’s feedback, and these updates make it easier to create and edit. While it’s still early, we’re seeing a lot of entertaining, creative content”, so we’re likely to still have more updates to come!

Polls will allow listeners to engage with podcasts by answering questions from the podcast hosts during the show.

The polls will be shown in the Spotify app either within the ‘Now Playing’ screen or on the podcast episode’s page. The user’s answer will then be shown compared to the rest of the listener base in real-time, similar to on Instagram Stories.

Podcasts that support polls will only be able to feature one poll per episode with each poll can only being able to pose one question, but there’s no limit to how many total polls the podcast could include overall.

Pinterest is now rolling out a full beta launch of Story Pins.

As explained by Pinterest, “Story Pins is an all-new type of Pin and publishing option that gives creators a way to tell dynamic and visual stories with videos, voiceover and image and text overlay. We’re making it easier for creators who are eager to share their talent, passions and creativity to flow back directly into Pinterest without the need for a website. For Pinners, this means the ideas within a Pin will be more engaging and actionable.”

Pinterest Story Pins are contained within a Pin and don’t disappear after 24 hours, however, do follow a very similar format to Stories features on other platforms with a full-screen, swipeable feed of Stories.

“Story Pins can be saved to boards for later and will be discoverable over time. They’ll also be distributed across the home feed, search results and places like the Today tab, and benefit from the visual discovery engine that matches new ideas to people with relevant interests and tastes.”

As well as this, Pinterest is also adding a new Engagement tab for creators, where they can manage their Pin activity on a single tab as well as launching a redesigned Analytics dashboard, which will display a detailed view of how content is performing.

This week, Greggs has teamed up with Just Eat to launch the UK’s first Sausage Roll home delivery service – and it’s absolutely brilliant!

With recent road closures causing havoc around London, residents can now get the iconic treat delivery directly to their door by rollerskates from the new ‘Sausage Roll-er skating Squad’

A simple, yet brilliant idea as always!

Stay safe and have a great weekend!