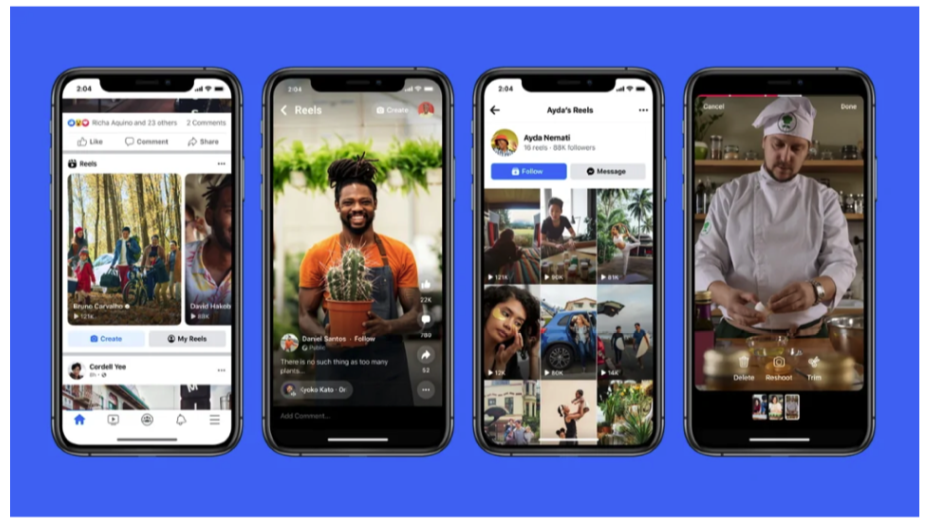 In the week when we were all ready for a three-day weekend, here’s everything else you need to know…

Twitter is making several new updates to its direct messages, including the ability to send a direct message to multiple people in separate conversations.

Now, users can share a tweet in up to 20 separate conversions, with the feature coming to iOS and web versions of the platform first and eventually to Android users.

Secondly, for iOS users, Twitter is tweaking DM timestamps. So now, instead of stamping each message with a date and time, the messages will be grouped by day. Users will also be able to access the reaction buttons by both double-tapping and holding down on a message.

Unfortunately, it’ll be a while until the features will be available to Android users but some interesting additions nevertheless.

The platform has already been running tests in Canada, India and Mexico allowing users to share their existing Instagram Reels onto Facebook and will continue testing this alongside Facebook Reels to select iOS and Android users.

Facebook users in the test group will see a Reels section in their News Feed, where they can tap the “Create” button to access tools similar to those on Instagram: camera roll import, music selection, timed text and video capture.

In terms of audio, users will be able to record original audio as well as access a range of tracks from Facebook’s music library.

Users will also be able to use a range of AR effects, a timer for recording and the ability to speed up or slow down parts of the video. Facebook is also planning to add the ‘Remix’ feature at a later date.

Once a Facebook Reel has been created, users can choose to share it with friends, publicly or to a specific audience. The feature will also be added to groups where Reels can be created and shared within a group.

YouTube has announced new features that will make it easier for users to find content on the platform.

Now both desktop and mobile users can hover over a video thumbnail to watch a small clip play. As well as this, users will be able to browse chapters within a video and can jump directly to the chapter they’re most interested in.

“Let’s say you’re looking for a good sourdough recipe and want to work on your kneading technique. With these new search results, you can see all the steps in the video, from feeding the starter to pulling the bread out of the oven — and skip right to the chapter on kneading,” wrote Pablo Paniagua, director of Product Management.

As well as this, YouTube will now also recommend videos in other languages to users so long as the video has captions available in their language. YouTube will test this for other countries with English-language videos to begin with, but it plans to expand to more languages.

So long, Swipe Up!

Instagram is removing its swipe-up option and replacing it with a new link sticker.

All users who can currently access the ‘swipe-up’ option will still be able to access the new sticker and swipe-up will no longer be available from the 30th of August.

We mentioned a few weeks back that this option was in testing but are surprised by how quick the platform has been to ditch the option.

Instagram says that the sticker will provide a range of benefits including:

The update will also provide a more prominent placement of links within your Stories which could encourage click through but the swipe-up motion has become pretty habitual so will take time for users to get used to the update.

It’s that time again… time to mention the dreaded C-word.

With Christmas on the way, Facebook has published a new Christmas Marketing Guide to help guide your strategic planning, and map out a more effective approach for the holidays.

The guide is geared around Facebook’s ‘Discovery Commerce System’, a process that utilizes Facebook’s ad matching tools to optimize your marketing approach and although a little confusing is definitely worth a read!

The recent buyout of Wrexham football club by Hollywood stars, Rob McilHenny and Ryan Reynolds has been all over the news and has hit the headlines again when a mysterious Hollywood-style Wrexham sign turned up on the hill above the town.

The sign was revealed to be a stunt by Vanarama National League, the lowest division in the English football pyramid, which claimed ownership of the stunt with a massive banner above the sign, one day before the first game of the season – a simple but brilliant idea!

Stay safe and have a great weekend!
SHC Digital