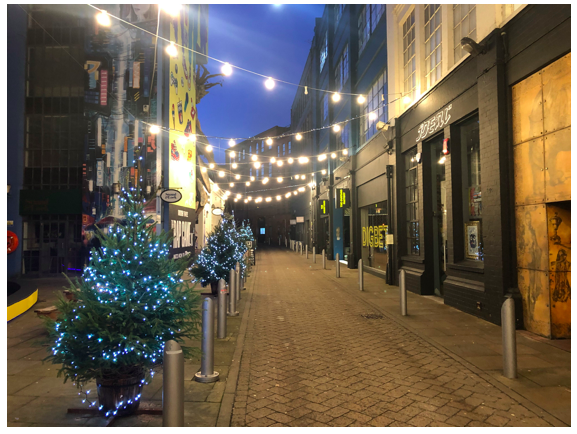 Merry Christmas! 2019 has been a rollercoaster of a year, from Clemmie Hooper losing her ‘influencer’ status with her troll account @aliceinwanderlust, the Conservative party rebranding its Twitter accounts to a fact-checking service and SHC Digital nominated for not one but two awards at the Social Media Marketing Awards (sorry for the shameless plug!). With so much going on, we thought we’d give you a handy round-up of everything that mattered in 2019…

Facebook has had a crazy year this year, with so many new developments and introductions made to the platform…

This year, Facebook redesigned its app functionality, which saw the Stories format integrated into the main user interface, as it is with Instagram. Facebook predicted that Stories would surpass the News Feed in popularity this year, we’re not quite sure if they’re as popular as the News Feed just yet but with 300 million daily users (Hootsuite), it looks like they may be getting there!

Facebook is continually making changes to its ad platform, here are some of the key changes made this year…

The platform has been pushing users to place ad budgets at the campaign level rather than the traditional ad set route. This would mean that the algorithms will optimise your campaign, placing more budget on better-performing audiences, placements and creatives.

Facebook has made strides to improve ad metric offerings by replacing several metrics with more actionable insights. These include:

This year Facebook decided to rebrand to show the family of apps that now sit within the Facebook umbrella (Facebook, Instagram, WhatsApp, Messenger and Audience Network). The social network created a new corporate logo to differentiate the parent company from its various apps and has included a clear ‘From Facebook’ tag on certain screens.

Another great year for the third biggest platform (DreamGrow), here are a few key highlights…

Firstly, IGTV. This was originally released as its own app and was poised to “change the social video landscape forever”- in reality, the launch didn’t amount to much! In June 2018, IGTV merged into the main Instagram app but has still been pretty under the radar with only 18% of people having watched any IGTV content back in February 2019. However, this year, Instagram has given IGTV a massive push by:

Since this push, particularly IGTV previews in feed, views have skyrocketed 300%-1000% (Later.com), however, adoption rates for both brands and consumers are still much slower than predicted (Social Media Examiner).

Back in July, Instagram broke the news of its ‘like ban’ to remove pressure from users and has really stuck to its word!
Instagram wanted to change the way the platform was used and bring the focus back to the content rather than metrics.
Since the test started in Canada, Ireland, Italy, Brazil, Australia and New Zealand; we’re now seeing hidden likes being rolled out amongst many accounts here in the UK.

Instagram shopping has seen a surge in popularity this year, and last week even made their first shoppable video ad featuring Celine Dion. Although still very new, we think that this is going to shape the way that both brands and users use the platform moving forward.

What would a 2019 rundown be without including TikTok?!

The platform originally launched in China back in 2016 as a lip-synching app but since its international launch in 2017 is now closing in on 1.5 billion users!
TikTok started the year on a high as the most downloaded app in Q1 (Hootsuite) and has only gone from strength to strength, with more celebrities joining the platform, brands wanting to get involved and a whole new ‘breed’ of influencers gaining popularity on the platform. But, can TikTok keep up the momentum in the 2020 or will the novelty soon wear off? We’re keen to see!

The platform held its first marketing conference back in July, where the company outlined the ways in which TikTok is working with brands to integrate ads onto the platform. Currently, the ways in which brands can use TikTok from an ads perspective are as follows:

Pinterest has improved its visual search capabilities, allowing users to save images from their own device to a relevant board to then discover similar products off the back of it. The social-commerce trend has been something that Pinterest has been keen to get involved in, with many users making the most of the platform’s visual focus and using it for research purposes. Also, the platform has recently launched its new Marketplace functionality, allowing brands to create a directly shoppable board where you make the purchase directly through Pinterest.

Pinterest also introduced reactions to the platform via mobile. Reacting to a pin allows users to share thoughts on a pin but doesn’t save it onto a board.
This is currently only available for organic video Pins. You can’t react to video ads or promoted video content.

Pinterest has introduced Story Pins specifically designed to hold up to 20 pages of multiple media such as images, text, videos and destination links and can be used in a range of different ways including:

Story Pins, unlike other stories, don’t disappear after 24hrs and are more like a carousel. Users can add comments or photos to a story Pin just like any other Pin, as well as save story Pins to boards
The feature is still being rolled out but should be with us in the New Year.

Twitter made some developments with a refreshed and updated functionality that’s faster, easier to navigate and more personalized including:

The platform also recently announced that it would be deleting accounts which haven’t been active within the last six months. However, after receiving an influx of complaints Twitter has since announced that it is pausing the plan until a process for ‘memorialising’ users’ accounts is in place.

This year, Twitter introduced six-second viewable video ad bids, a new bidding option that allows advertisers to run 15 seconds or shorter video ads but only be charged when the ad is viewed for six-seconds. This is currently available for Promoted Video and in-stream video ads that include assets at 15 seconds or less in length.

Earlier this year LinkedIn announced that it would be rolling out a set of reactions, which include:

Another exciting development was the launch of an events tool that allows users to create their own event pages, to include the event details and then invite connections.

Both organisers and attendees can send invitations to connections and once you’re attending the feature gives you a list of LinkedIn members who’ll be attending the events, so that you can connect before you meet them and engage in discussions and conversations.

Back in 2018 LinkedIn had confirmed plans to implement stories into its network and said that it was currently being tested with students in the US. The stories would disappear after seven days and could be up to 45 seconds. We had been hoping for a full roll-out this year but are still waiting to see anything of the development.

That’s a wrap! It just leaves us to wish you a very Merry Christmas and a Happy New Year. We look forward to keeping you updated on everything that 2020 has to bring…
SHC Digital 😁🎄